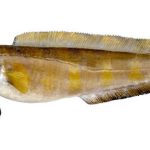 Northwest Atlantic: New Jersey to the Strait of Belle Isle and on the Grand Banks of Newfoundland. Rare at the southern tip of Greenland. Northeast Atlantic: off Iceland, in the northern North Sea, and along the coast of Scandinavia to the Murmansk Coast and at Spitzbergen. 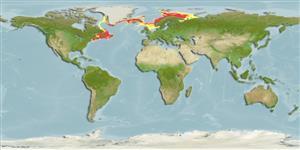