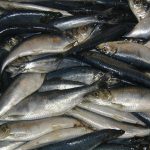 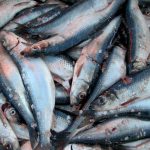 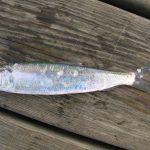 Schooling in coastal waters, with complex feeding and spawning migrations. Spend the day in deeper water, but rise to the surface at night. They find their food by visual sense. Feeding and growth are very low during winter. They can be divided into several different stocks and races. The most important races in the East Atlantic are the winter-spawning Norwegian and Icelandic herrings, the autumn spawning Icelandic and North sea herrings and the Baltic herrings. Biomass of Baltic herring has shown inverse correlation with the biomass of sprat, a competitor for planktonic food. Schooling, silvery sides, excellent hearing, and very fast escape response act as anti-predator devices. Widely overfished in 1990s. Utilized fresh, dried or salted, smoked, canned and frozen; can be fried, broiled, microwaved and baked.

North Atlantic: northern Bay of Biscay northward to Iceland and southern Greenland, eastward to Spitsbergen and Novaya Zemlya, including the Baltic; southwestern Greenland and Labrador southward to South Carolina. 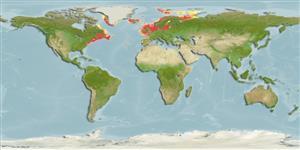