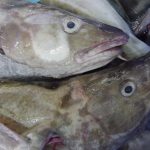 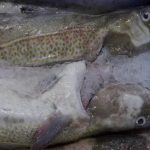 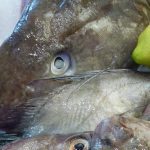 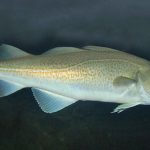 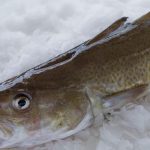 Widely distributed in a variety of habitats, from the shoreline down to the continental shelf. Cod form schools during the day. Cod are omnivorous; they feed at dawn or dusk on invertebrates and fish, including young cod. Cod spawn once a year, in batches. The most important stocks are the Norwegian Arctic stock in the Barents Sea and the Icelandic stock. The populations around Greenland and Newfoundland have declined dramatically. Cod is marketed fresh, dried or salted, smoked and frozen; eaten steamed, fried, broiled, boiled, microwaved and baked.

Northwest to Northeast Atlantic: Cape Hatteras to Ungava Bay along the North American coast; east and west coast of Greenland; around Iceland; coasts of Europe from the Bay of Biscay to the Barents Sea, including the region around Bear Island. 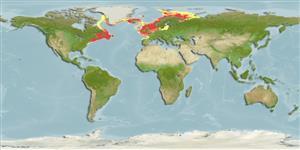