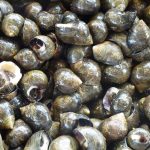 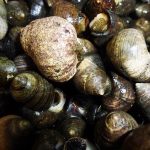 Littorina littorea, is a species of small edible sea snail, a marine gastropod mollusk that has gills and an operculum, and is classified within the family Littorinidae. This is a robust intertidal species with a dark and sometimes banded shell. It lives on rocky shores.

Native to the northeastern Atlantic Ocean, along the coasts of northern Spain, Scotland, Ireland, Scandinavia and Russia. Common periwinkles have been introduced to the Atlantic coast of North America in the mid-19th century. 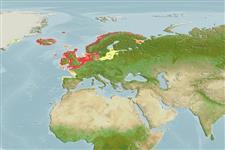